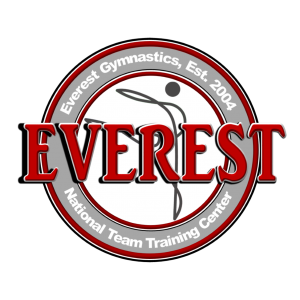 Everest Gymnastics (founded 2004) is a US National Team Training Center located in Huntersville, North Carolina. In 2018, the company expanded with a second location in Cornelius.

Everest Gymnastics was opened by former professional gymnasts Yiwen Chen and Qi Han. The business partners, who are also married, host numerous classes in the two facilities, including both recreational and competitive gymnastics. Han and Chen met when they were both training for China’s National Team.

Preschool gymnastics available at Everest Gymnastics include Joey’s Parent and Me. This 45-minute training session is open to students ages two and three. According to Chen, children in this age group are taught age-appropriate fundamentals but focus primarily on developing social and listening skills. As students advance, they are moved into other programs.

Competitive Gymnastics consists of an Elite program, Optional Team, Compulsory Team, AAU and Xcel team. A Pre-team option is available for students who are not yet ready to compete.

Dance classes are also available at Everest Gymnastics and are taught by Emily Green and Dres Reid. Green is a graduate of the School of American Ballet, which she attended on a full scholarship. Her professional experience includes stage work for the Phantom of the Opera. Reid is a hip-hop dance instructor who has choreographed and performed for Michael Jackson, Whitney Houston, Faith Hill, and Christina Aguilera.

Everest Gymnastics hosts the Everest Challenge Cup each year. This event brings together athletes throughout the area and offers many an opportunity to perform in a public setting for the first time. The Everest Classic is another event sponsored by Everest Gymnastics.

Qi Han and Yiwen Chen claimed to have designed their company around five core values. These are well-being, family, peak, teamwork, and balance.

In 2017, Everest Gymnastics was selected to host the Chinese Women’s Junior National Gymnastics team. The group of gymnasts, who ranged from 11 to 15, remained at the Huntersville location to participate in a training camp for one month.  This event offered an opportunity for Everest Gymnastics students to learn about Chinese culture and for both teams to get to know the subtle nuances of the others training regimen.

In 2018, Han and Chen opened a second location approximately 13 miles from the original. The new 32,000 ft.² facility is housed in the former Michael Waltrip Racing building.

Coach Han has been coaching in The United States since 1999. He holds a degree in Professional Athletics from the Beijing Sports University. As an international elite gymnast and former member of the Chinese National Team, Coach Han utilizes his breadth of experience in the gym to design programs for each age group.

Coach Chen began her US coaching career in 1996 after graduating from the Nanjing Sports College. She also holds an advanced degree in professional athletics. Chen is most known for her stunning choreography and also competed as an international elite gymnast.

In addition to gymnastics coaching, Han and Chen are parents to two young children.