Paul Savramis (b. 03/2/1952, Long Island, New York) is a physical education expert with a focus on childhood development. As the founder of New York-based Rising Stars, Paul Savramis has built a community organization that teaches academics, athletics, and life skills to at-risk youth in New York.

Paul Savramis opened his first after-school athletics program in 1980. These youth camps, based out of Queensboro College and Bayside High School focused on soccer, tennis, swimming and basketball. Basketball became the most popular and developed into a series of summer camps including the nationally acclaimed Eastern Invitational. Noting the success of these programs, Paul Savramis continued developing hands-on clinics in a variety of sports until 1996, when he founded Rising Stars as a not for profit youth foundation. Rising Stars soon evolved into a year-round organization and caters to underserved young adults from elementary through college-age.

Rising Stars has grown exponentially over the last two decades using the “Play, Learn, Grow” philosophy initiated by Paul Savramis early on that helped to develop children into more complete adults. Today, Rising Stars provides academic support and private educational scholarships to boys and girls from all walks of life. The organization is a nationally recognized non-profit and is lauded for its prolific presence in the community. Paul Savramis has partnered with numerous charities across New York including the YMCA and Girls and Boys Clubs of America to offer Rising Stars’ student athletes ample opportunities to develop life skills and to  share their time and talents with the community.

Rising Stars and Paul Savramis host an invitational gala dinner each year to raise money for its programs and spread awareness of Rising Stars. The 2016 Gala Dinner, held on May 25th at the New York Athletic Club, was Rising Stars 14th such event. 2016 honored Mr. Seth Waugh as Man of the Year and had MSG host Mr. Mike Quick as Master of Ceremonies.

Waugh is a notable businessman and avid supporter of sports-based youth programs nationwide; he has been a friend to Rising Stars for many years and the honor was one Paul Savramis felt was much deserved. Former Rising Stars Men of The Year included Mr Tom Quinlan CEO of RR Donnelly and Mr. Ted Virtue. Guests included Michael Strahan, Alan Houston, Bob Hurley Senior and Junior. 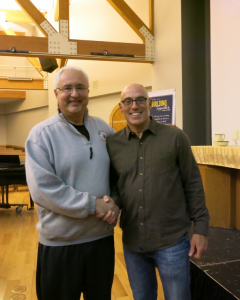 Paul Savramis garners a great deal of attention for Rising Stars through celebrity support. On May 4th, 2016, Rising Stars, in cooperation with the I Will Foundation, held an inspiration event with IronMan Athlete Matt Long. Paul Savramis asked Long to speak to the Rising Stars family to underscore the importance of perseverance in the face of adversity. According to Paul Savramis, Matt Long is a natural athlete, former NYC Fire Fighter, and IronMan competitor.

Long’s story is one of tragedy and triumph. Just four years after serving as a First Responder during the events of 9/11, Long was struck by a bus while biking to the fire station. Paul Savramis explains the injuries Long sustained were expected to take his life. Against all odds, Long survived and went on to lead a normal life, today serving as an athlete and motivational speaker. The most memorable moment of the evening, according to Paul Savramis, was when Long addressed the youngest members of the audience and said, “Your mind will always quit before your body does, so when you think you have no more to give, there is always 50% more.”

Mr. Long also tied the evening lecture into the Rising Stars philosophy of utilizing the power of teams to help children face and overcome adversity by saying that he was proud that his daughter and her friends were all a part of Rising Stars teams. 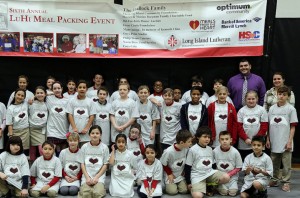 Paul Savramis believes that the children he serves should have a broader understanding of the global community. In April of 2016, Rising Stars student athletes completed what Paul Savramis describes as one of their most ambitious projects to date, packing enough meals to feed 500 children for one year. These 300,000 food packs were delivered to nutritionally-deprived children in both the US and in Haiti. Paul Savramis and other Rising Stars leaders took this opportunity to educate the volunteers about the importance of looking at “the big picture.” While many of the participants of the Rising Stars programs come from economically neglected areas, Paul Savramis wants his students to understand that the world needs them to grow up to be responsible and productive adults so they might one day contribute to the solutions of problems such as world hunger and gang violence.

Other activities and workshops organized by Paul Savramis are held throughout the year and touch on topics from self-esteem to the importance of education. To learn more information about Rising Stars, visit the website: www.risingstarsinc.org or call 516-222-2833.